by vikash
in Chhattisgarh
0 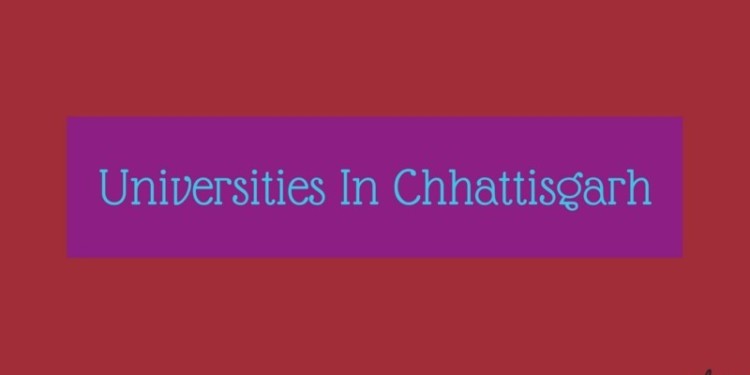 Chhattisgarh is one of the 29 states of India and Raipur is its capital. It is situated in the centre-east of the country. Chhattisgarh is the 10th largest and fastest developing state in India. According to the census 2011, the absolute literates person number was 1,55,98,314 out of which the number of male iterates was  67,11,395 and females were 89,62,121. As per the census of 2011, the literacy rate persons wise was 71.04 %. The male literacy rate was 81.45 % and the female rate was 60.59%. Check the article for the information of Universities in Chhattisgarh.

There are many recognized universities in the state. Some of the decorated educational institutions of the state are National Institute of Technology (NIT), Chhattisgarh Swami Vivekananda Technology University, Indian Institute of Management ( IIM), Hidayatullah National Law University, and Guru Ghasidas University.

There is one Central University, nine private and thirteen state universities. Check the table for the list of universities.