by Deeksha
in JNTUK
0 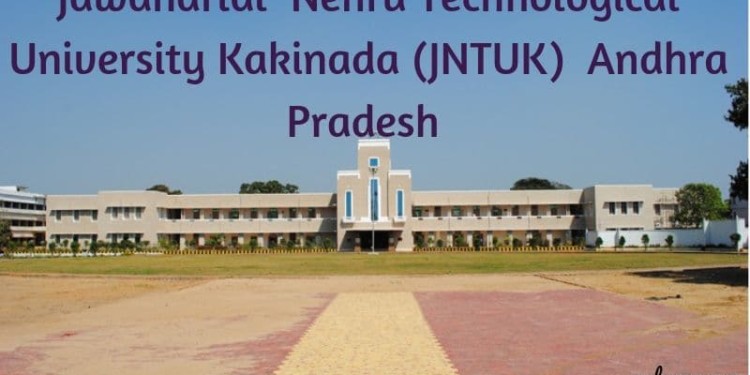 Jawaharlal Nehru Technological University, Kakinada (JNTUK) was established in the year 1946. It is located in Kakinada, Andhra Pradesh, India. The University has been accredited by the NAAC of University Grants Commission (UGC) with ‘A’ Grade. JNTUK offers UG, PG and PhD programmes. There is various number of affiliated colleges in eight cities of Andhra Pradesh, 10 campus schools, 30 autonomous and 03 constituent colleges of the University. Check out the page for Jawaharlal Nehru Technological University, Kakinada (JNTUK).

The college provides hostel accommodation for nearly about 400 boys and 300 girls. Other amenities on the campus include Bank, Post-Office, dispensary, guesthouse, and play fields, etc. The University has a placement and training cell and every year a good number of students benefit in-securing employment in reputed organizations. Have a quick look at Guru Ravidas Ayurved University (GRAU) from the table mentioned below:

The selection in JNTUK is done through the marks obtained in EAMCET (Engg, Agriculture & Medical Common Entrance Test). Admission is either through EAMCET counselling or by enrollment with Jawaharlal Nehru Technology University, Kakinada. Application forms for admission are available online at the official website. Students are advised to fill and submit the application form on or before the last date along with the application fee.

JNTUK offers various Under Graduate, Post Graduate and Ph.D programmes for the students. The list of these courses offered is mentioned below in the table.

There are a various number of colleges affiliated by the University. These affiliated colleges are located in eight cities of Andhra Pradesh, i.e, Srikakulam, Vizianagaram, Visakhapatnam, East Godavari, West Godavari, Krishna, Guntur, and Prakasam. The list for the same is given below in the table.

The University has 30 autonomous colleges. The list for the same is given below.

The University has three Constituent Colleges. The list of these colleges is given below.

JNTUK provides various facilities for the students. The list of these facilities is given below.